I am working on simulated data to arrive at the most efficient formulation of a hierarchial model. This is a general observation I made and I’d be glad to find an explanation:

Is there an explanation for this phenomenon? I also observe that the estimate of sigma_theta is consistently correct- I can confirm this since my data is simulated. However, the observation estimates theta[i] are closer together, compared to sigma_theta and also the true values. I can understand why the estimates of theta[i] are closer together (due to the disciplining by priors, correlations in hierarchial models, etc.), compared to the true parameters. But, ought they not be consistent with sigma_theta which is being estimated at the same time?

Lastly, I observe this both for centred and non-centred parametrizations and different choices of priors.

Since you are working on simulated data, can you show your code for data simulation and model fitting in a reproducible example?

Thanks for your reply. I have just discovered a theoretical reason behind this:

I’m a little confused by the language you’re using to talk about these parameters but I’m assuming what you are calling “population level” is a prior. In general, posteriors are usually more concentrated than priors in well-formulated models. If posteriors matched priors, we wouldn’t need to perform posterior inference!

Thank you for the comment. I shall try to explain myself better.

In fitting a hierarchial model, let theta be a univariate parameter of interest. To model heterogeneity across individuals (say 100 individuals), assume that theta_i (parameter theta for individual i) is drawn from a normal with parameters mu_theta and sigma_theta, i.e.:

Ultimately, in a hierarchial model, we derive posteriors for mu_theta, sigma_theta, and theta_i (i varying from 1 to 100). I am now focusing on the mean of the posteriors- call them mu_theta_hat, sigma_theta_hat, theta_i_hat. My observation was the following:

Hope that makes it clearer.

Can you be more specific about what you mean by “uninformative”? If you take very broad but proper priors like BUGS’s inv_gamma(epsilon, epsilon), you will see just the effect you mention, because most of the prior mass is well above small data values. @andrewgelman talks about this in the following paper and also in the Bayesian Data Analysis book: 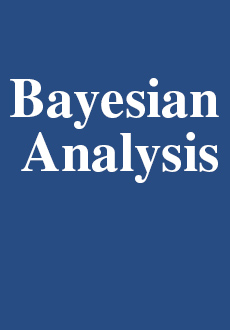 Prior distributions for variance parameters in hierarchical models (comment...

Various noninformative prior distributions have been suggested for scale parameters in hierarchical models. We construct a new folded-noncentral-$t$ family of conditionally conjugate priors for hierarchical standard deviation parameters, and then...