The recent discussion about setting expectations for reduce_sum got me thinking. Is there any chance that a more consistent speedup is available by computing the forward and backward parts of the HMC trajectory in parallel, so that whenever the tree expansion proceeds in the direction where the trajectory is so-far shorter, the work has already been done? On the negative side, this approach would throw out a non-trivial amount of integration in one direction or the other at every iteration. Nevertheless, this approach might yield worthwhile speedup, provided that the information necessary to evaluate the stopping criterion can be efficiently copied/shared between processes.

Provided that the stopping criterion can be evaluated efficiently, it seems like there would be lots of cases where this approach yields useful speedup even though reduce_sum cannot (i.e. if the gradient evals are fast but the treedepths are large). And it seems like it could be implemented entirely on the backend, which no changes required to a user’s Stan code. And with more cores available it could be combined with reduce_sum for additional speedup.

Just a thought. Has this already been discussed and ruled out? Is it worth thinking about further?

FWIW there are scenarios where I would love to get my hands on 15% speed-up if I can do it without modification to my Stan code.

Hi there! I have been thinking about parallelizing our dynamic HMC sampler. The obvious strategy to do that is to pre-sample all the fwd and bck turns up to the maximal treedepth then expand the fwd and back trajectories in full independence all checks still happen in the same order as before This scheme works best if we have exactly alternating turns, of course. In practice things are not that ideal such that, after discussing with @betanalpha, we thought its good to first assess the merits…

#### Summary: The dynamic HMC algorithm can be parallelized to run the forward …and backward sweeps in independence. See for a description and a decent evaluation the thread on discourse: https://discourse.mc-stan.org/t/parallel-dynamic-hmc-merits/10895 By using 2 cores we can be speed up things by 35%. #### Description: A prototype implementation is here: https://github.com/stan-dev/stan/blob/parallel-nuts-2/src/stan/mcmc/hmc/nuts/base_nuts.hpp#L159 That version is based on the 2.20.0 sampler. The branch is not runnable without a special setup of math due to the requirement of the TBB. A variant of the branch https://github.com/stan-dev/math/tree/parallel-ad-tape-3 can make this one run, but no attempt is made at the moment to give clear instructions. This issue is here to document that we can get 35% speedup if we do a speculative HMC #### Reproducible Steps: See discourse for all of this. #### Current Output: #### Expected Output: Faster samples. #### Additional Information: Provide any additional information here. #### Current Version: v2.20.0

The conclusion was that one would get about 35% speedup when doubling the required number of CPUs. The user would not need to change anything in the Stan model and the optimization would apply to any Stan model.

While I personally thought this would be a good thing, the final decision was to not implement it given the increased code complexity and rather little gain in speed compared to the required Ressource needs of doubling the number of cpu cores.

Maybe this is worthwhile to reassess given the we are getting more and more cpu cores even on laptops? To me the key argument for this optimization is that it applies to all models and nothing needs to be changed (other than throwing in more cores).

Edit: there is a fully working implementation of this (dirty)

I could try to bring the prototype up to date with the current 2.28 and then you try a few models? Maybe having more convincing power user examples makes it worthwhile to reconsider this and go for a community vote? Back then we did not have a vote on this due to a lack for this process if I recall correctly.

… but others would be really welcome in helping to make progress (@nhuurre ?)…

This is actually to be expected. Likelihood parallelization only starts to give benefits when (1) the likelihood is a product of a huge number of data points, (2) the Hamiltonian trajectory is rather short. “Huge” here is in bold because evaluating the individual data points is often really cheap. So the constant cost of parallelizing anything dominates most of the models people will want to run on laptops. Amdahl’s law kicks hard on these models.

At the moment, there is no genuine HMC-compatible solution that achieves decent speedup through parallelization.

having more convincing power user examples makes it worthwhile to reconsider this and go for a community vote?

If it’s worth considering a non-laptop use case, I would definitely be interested. We are trying to scale a model to at least 1M parameters, where the grad evals are done on 100+ GPUs (e.g. w/ 200 GPUs, grad eval ~170ms), and just running the sampler in Stan on a separate plenty-core node, we run into sampler overhead (~170ms per leap-frog step with just model { }). While some cache effects are bound to bite into it, it’d be great to trade cores for a bit of speed. Which version of CmdStan might the above base_nuts work on, I’d try it for a spin? Would the 35% improvement cumulate with increasing core counts (modulo cache effects)?

There would be no speedup from this beyond a doubling of the core count, though it could be combined with reduce_sum for further speedup. The maximum theoretical speedup associated with doubling the core count would be related to the expectation of the fraction of iterations that take place on the shorter side of the tree. And then the overhead will be an additional penalty.

@wds15 I wonder if it would be easy to just make a parallel_base_nuts class and then make a service route for it / connect it up to cmdstan?

Yeah, I think we should make this feature available to power users. To start to scope it, it would be really cool to have a downloadable cmdstan repo available so that we can collect some feedback on a prototype version.

How we set this up I haven’t really thought about, but you are right in that a parallel_base_nuts class is a good idea which is then wired up into cmdstan as an option to hmc… though we need to think about how to do that as this parallel thing is usable in all variants of hmc, but let’s start with the one where we do the adaptation.

I can bring up the old version in line with the current develop and then you jump in? Any help would be much appreciated given my lack of time.

Note that the version I wrote a while back uses the less sophisticated stopping criterion as it was not clear to me how to parallelise the most recent version (which looks more often at the “other side” of the tree), but others with deeper understanding of nuts said that we can get this to work for the parallel pattern as well. For now, I’d say that we start with what we have in store now. Plan?

Yes all sounds good to me!

That was faster and easier than I thought! Here is the Stan branch which currently replaces base_nuts with the speculative NUTS algorithm:

This branch is straight of the current develop. Now, I have to say that I did minimal testing on the bernoulli example where I get the same results. Things left to be done & note:

I would actually suggest to have now a prototype of this right away. If that’s something people want, then we do a more clean prototype where we even split out the parallel_nuts and make this into an option for cmdstan to choose from. Then this prototype can get broader testing and then we decide if we turn it into production code.

I hope others can really help in making this a reality - I am more than happy to advise on things…but I am short on time to do it myself in reasonable time.

Had a first pass at this, not compiling everything yet but just trying to sort out a few things. Instead of having a mutex around the uniform rng sampler I just have 1 uniform rng sampler per thread. That and I pulled this out to be it’s own class (base_parallel_nuts) and am writing the service API route rn.

@maedoc once we have the cmdstan API layer working for this could I ping you to try it out? (also if you can use a lot of vectors/ matrices and do lots of vectorized ops in your model code turning on --O1 in the latest Stan compiler may speed things up for you as well). Do you know how deep your average tree depth is per transition? The scheme here mostly help when you have a deep-ish tree depth ( > 6). Running multiple chains within one stan program using the cmdstan num_chains argument may help out as well since that will let each gradient calculation across all the chains share data. 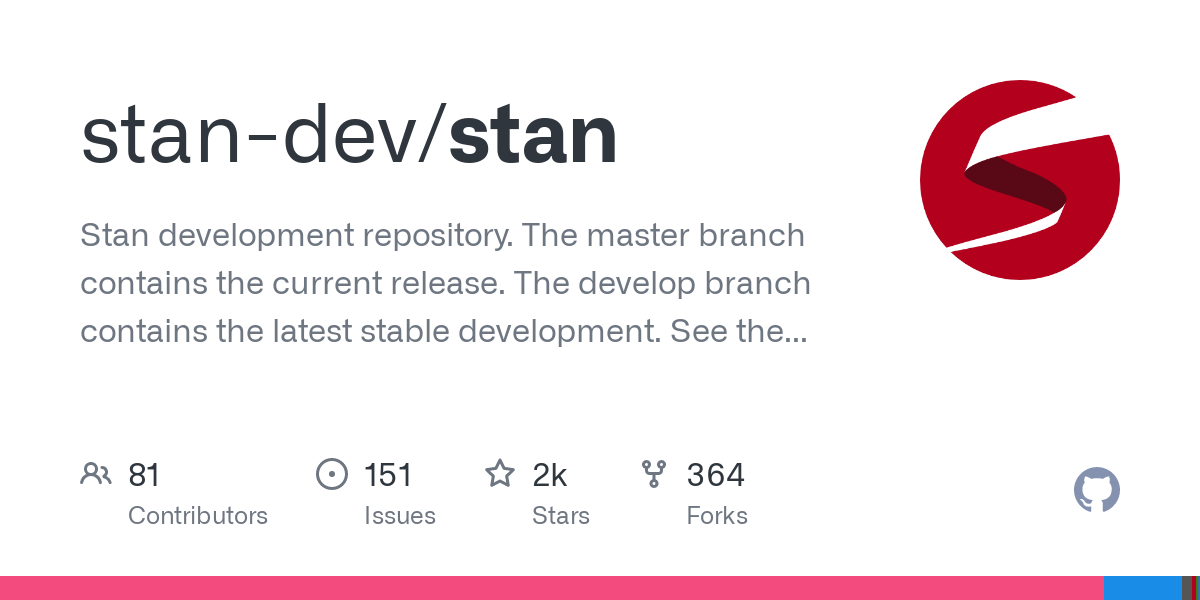 could I ping you to try it out? (also if you can use a lot of vectors/ matrices and do lots of vectorized ops in your model code turning on --O1 in the latest Stan compiler may speed things up for you as well)

sure I’d be up to try it out. Thanks for the tip.

Do you know how deep your average tree depth is per transition? The scheme here mostly help when you have a deep-ish tree depth ( > 6).

I remember that I struggled with the rng. I came to the conclusion that the mutex does not hurt performance, since we very rarerly draw random numbers during sampling. The solution to have one rng per thread is not ideal in terms of reproducibility. Maybe sampling the left/right turns in advance is a better choice here… but we can revisit that at a later stage. How about adding a note to the source that we need to think about rng number handling a bit more?

Really cool to see this moving!

If you want a model (+R code to generate data) that meets these criteria, see here (it’s fundamentally the SUG1.13 model, but highly optimized)