Which regression family will fit with a distribution ranging from 0 to 1?

This may be of interest to you. 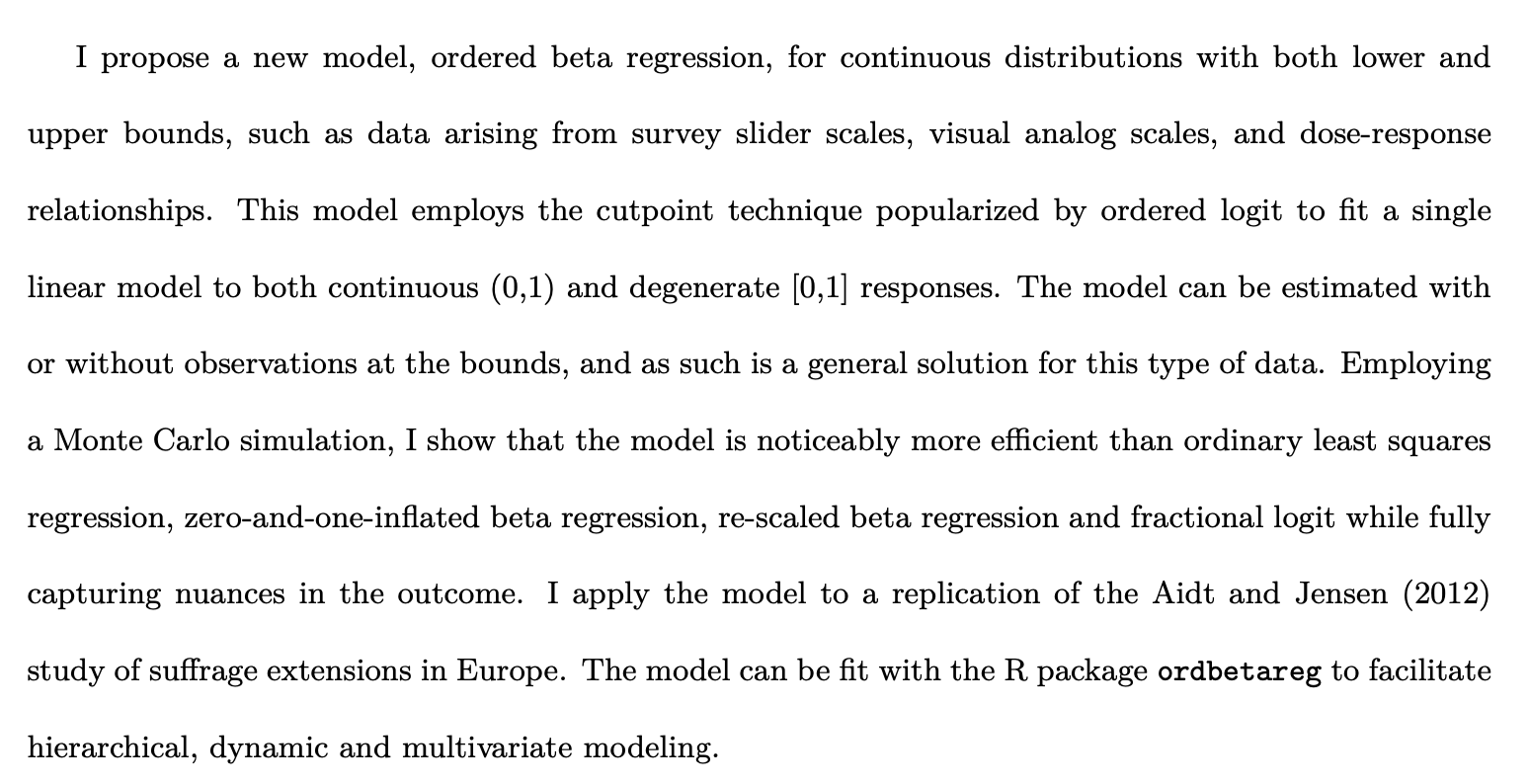 @
🚨 Ordered beta regression #rstats 🚨 My paper on bounded variables (survey sliders, indexes, dose/response), has been conditionally accepted @polanalysis and R package ordbetareg is on CRAN (https://t.co/CGskRT814I). Thread on why we need this model: (1/7) #polisci #econtwitter
1 Like
karthy257 July 24, 2022, 10:12am #3

I should be clear, this is not my method and I am not a professor. Glad to hear it answers your question

With discrete values, you can use ordinal regression. Here’s a discussion in the User’s Guide:

The function itself is described here:

Reference for the functions defined in the Stan math library and available in the Stan programming language.

and also fully encapsulated in a higher-level function for use in a GLM setting:

Reference for the functions defined in the Stan math library and available in the Stan programming language.