Is anyone interested in reimplementing the algorithms code in GitHub - stan-dev/stan: Stan development repository. The master branch contains the current release. The develop branch contains the latest stable development. See the Developer Process Wiki for details.? I’m going to give it a go. I’m going to be as careful as possible, making sure I can reproduce the results exactly with new code.

If you’ve wanted to look at the algorithms in depth or want to see how to sensibly reimplement this type of code, please reach out. (In the absence of anyone wanting to do this, I’ll just work at my own pace, but if there are people that want to do this with me, I’ll take a different approach.)

The repo that I’ll use is here: GitHub - syclik/stan-algorithms: Reimplementation of Stan algorithms
(It has nothing on it yet.)

I’ll manage the work through issues and I’ll keep the discussions about the code on Discourse.

Reimplementing the Inference Algorithms in Stan

I’ve wanted to rewrite the inference algorithms in Stan for many years. It’s one of those things that was never urgent enough to warrant…

Hey @syclik . I joined the forums. I’d like to work with you on this.

I would encourage everyone to think about starting with a design doc. 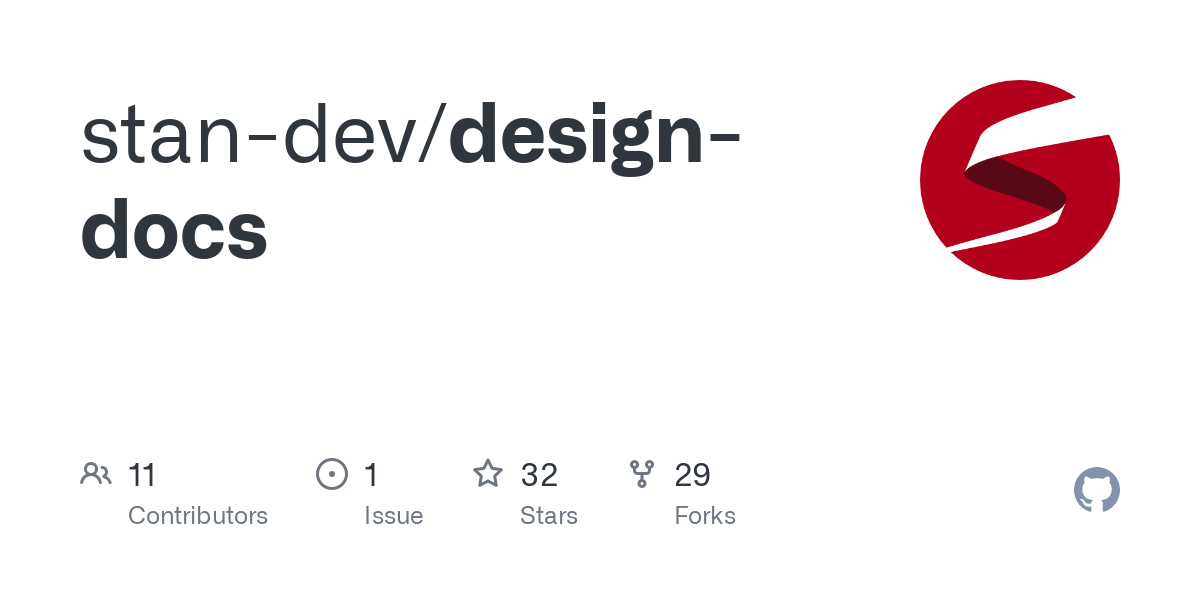 Contribute to stan-dev/design-docs development by creating an account on GitHub.

@apoorvreddy, awesome! @dmuck and @hyunji.moon are also on board. =). I’ll add you all to the repo as collaborators.

@mitzimorris, thanks for the reminder! There’s a lot of pre-work to be done prior to a design doc. Right now, the first thing to do is to change the implementation without changing the interface, which wouldn’t need a design doc. When we get to that point, we can definitely write up those docs. Did you want to help in the effort?

the first thing to do is to change the implementation without changing the interface, which wouldn’t need a design doc

any big change to the code base requires a design doc. but it sounds like you’re at a very preliminary stage of development - I understand that ya gotta start somewhere.

Thanks @syclik ! How and where do I start contributing !?

I’m guessing you’re ok with me laying out what I think we should do; I’d like to turn that around and say that I do like things being collaborations, so we can start that way, but I’d really like your vision, input, and feedback so we can do things to accomplish that.

The first practical milestone I’d like to accomplish is to have a set of C++ tests that instantiate the algorithms:

I think that’s actually going to take us a bit of effort. And just to be clear, at this point, we wouldn’t have done anything other than setup.

From there, I think it’s up to us how to proceed and which algorithms to tackle first. I think the optimization may be the easiest to reimplement, but we may choose to do something else first.

Just so we’re on the same page, I am thinking of first doing a proper “refactoring.” If that’s a new term, please see Code refactoring - Wikipedia. That means we leave the behavior the same and it’s a pure implementation change. We will be tempted to change the behavior, but that’s something different. Taking this approach of separating out the refactoring step from changing the behavior makes it a lot easier to tell that we’re doing the right thing. We have to match the current output exactly in order for us to know that we’ve made sound changes.

I’d like the work on this to be out in the community, so let’s continue to use Discourse. We’ll use GitHub issues as an immediate todo. And if we do have meetings, we can post any important discussions back here.

I’ll dm you to see when you’re free for a video call! (I don’t even know what time zones everyone is in!)

have you used Catch for C++ testing? I’m thinking of using it for this effort. It looks a lot more straightforward than google test. 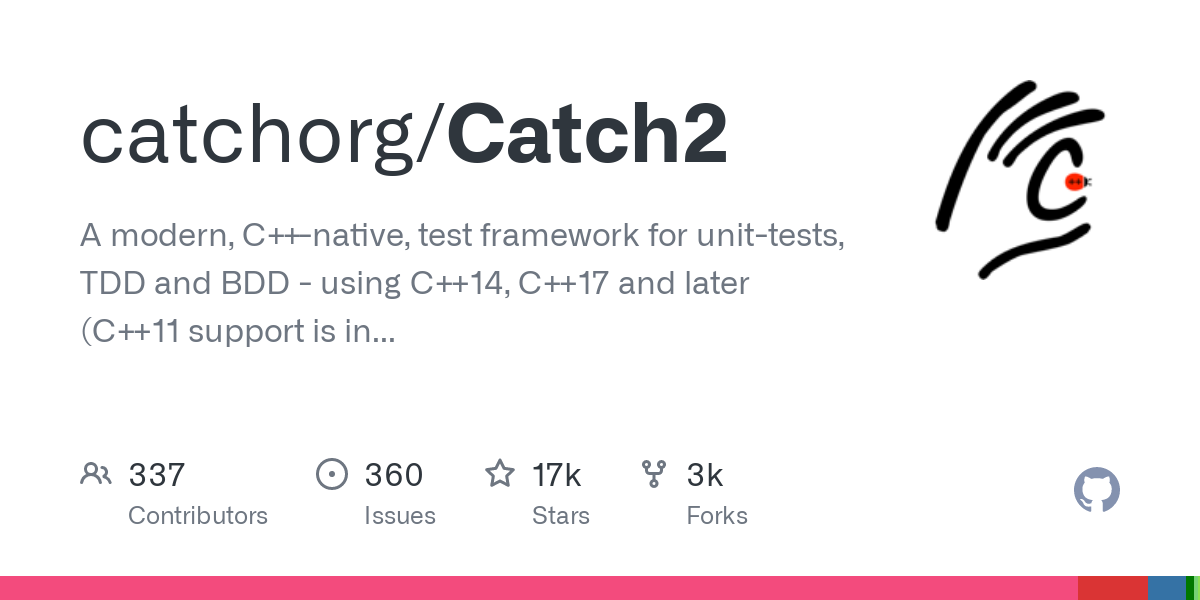 If it’s not too late, I would also like to board the train. I’m comfortable with C++ and always wanted to hack into the algorithm portion of stan.

And for anyone reading this, it’s never going to be too late! If you want to help, come find us.

FYI, I’m working on running the existing tests in Stan and having some trouble. I posted a separate thread about the exact issue I’m having here: Stan-dev/stan tests: generating .hpp from .stan files

The first test I’m trying to run (from within the cloned Stan directory):

A couple of updates:

Amazing! We just had a video call with four of us on the line: @Dashadower, @dmuck, @tal.kedar, and myself. Some super-brief notes from the meeting (please update if you feel like it). These are not in time-order:

After the meeting, I’m feeling pretty energized. I’m glad you’re on board. I feel like we’re all going to learn from each other through this process. If anyone wants to join in, please do.

Next step: @syclik will be looking for the entry point into the algorithms code. This is going to spawn the next bit of work.

I have stared at the code for some time. These are my blog posts where I study how the code is organized

They explain how to find the entry point to sampler code and where to find MCMC algorithms.

In your refactor, are you planning to maintain the current class hierarchy and/or namespaces (services and mcmc)?

I am going to write up a little more detail about the services layer and the C++ interfaces because that’s where we’re going to start with the reimplementation. (It’s really right between the two layers you described.)

In your refactor, are you planning to maintain the current class hierarchy and/or namespaces (services and mcmc)?

As a refactor step, the interface won’t change. That should mean that the services entry points should remain, so the services namespace will stay.

We haven’t discussed how the next part doesn’t or does change. I imagine it will, but once everyone is caught up with the services layer and how we can verify what’s going on, we can then dig into the next architectural decisions.

Given how complicated the code is and how critical it is to the function of Stan, we really need to be careful. It’s a lot easier to verify a series of smaller changes rather than a large one.

@jtimonen, if you’ve got time and want to help in the effort, please do!!! We’re happy to have the help.

Motivation is to rewrite the algorithms code to so that it’s easier to understand.

This is a good motivation. If more people understand the code, more people can improve Stan etc.

The documentation in the Stan repo could be improved. It’s very difficult for a new developer to start. We will be improving overall documentation as part of the effort.

Yes this was the reason why I wanted to do those blog posts. I had initially very little idea where to look for code that is actually run when I use Stan.

@jtimonen, if you’ve got time and want to help in the effort, please do!!!

I will be at least following this project but cannot guarentee that I contribute. Maybe we will see after there are concrete things that should be done.

A modular design would be a big contribution to the future of Stan. Dare I say a “plug-in” architecture?

Next step: @syclik will be looking for the entry point into the algorithms code. This is going to spawn the next bit of work.

I think the next step from here is to dig into each of the C++ interfaces and what’s coming out of the algorithms. Especially the callbacks.

I see at least three things adjacent to this discussion that relate to activity at Liverpool: