Could anyone share their opinion on what insights could be gain from this Dyanmic HMC from Mulivariate Gaussian animation by @betanalpha? I am adding some questions but I look forward to any general comments. 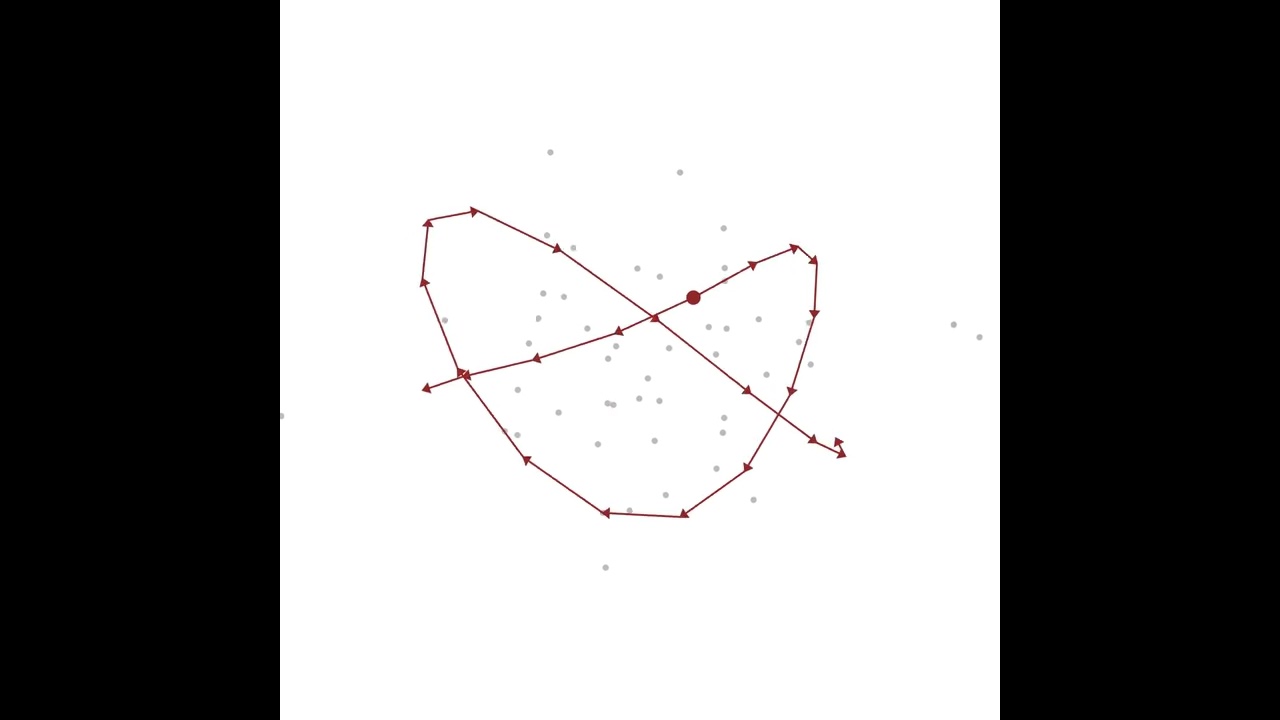 From the animation, the number of steps change, which could be observed in NUTS. Also it runs forwards and backwards.

@hyunji.moon The trajectories created in this video are actual trajectories created by the dynamic Hamiltonian Monte Carlo algorithm in Stan*. In particular the Stan implementation has evolved quite a bit since the original No-U-Turn sampler paper.
The best way to think about the algorithm is in two stages – first sampling a numerical trajectory that contains the initial point and then sampling a new point within that trajectory based on the local error in the Hamiltonian function. See also the accompanying video that shows divergent trajectories https://www.youtube.com/watch?v=1TKhH81k7QA.

For many more details see https://arxiv.org/abs/1701.02434, especially the appendix which includes detailed proofs for the invariance of the target distribution.