Extending the interclass correlation coefficient (ICC, aka Repeatability aka Heritability) for Bayesian models

I have an idea which might be either useful or perhaps is something well-known that I’ve just “rediscovered”. This post is a sort of TL;DR for a longer essay that I’ve put on my github here. That link contains all the code and more detailed discussion as well.

In some random effects models, the contribution of group differences to total variation is measured with the “interclass correlation coefficient” (ICC). The trouble is that the ICC:

Here I’m suggesting an approach to calculate the ICC based on a Bayesian posterior distribution for the model coefficients. The approach is heavily based on the Bayesian R2 (Gelman et al. 2019). The approach I’m suggesting replaces a single value of ICC with a distribution. However, for models beyond simple intercept-only models, this ICC calculation produces a curve, ICC(x), because in these cases the contribution of group effects depends on the rest of the model.

Gelman et al.'s Bayes R2 value from the paper I linked above is calculated like this:

The approach I’m suggesting is basically the same equation in two dimensions. The recipe goes like this:

For simple univariate models, I was encouraged to find that the classic frequentist calculation, the Bayesian posterior (using the same formula) and my proposed simulation-based alternative give about the same answer (green line, black curve and orange curve respectively): 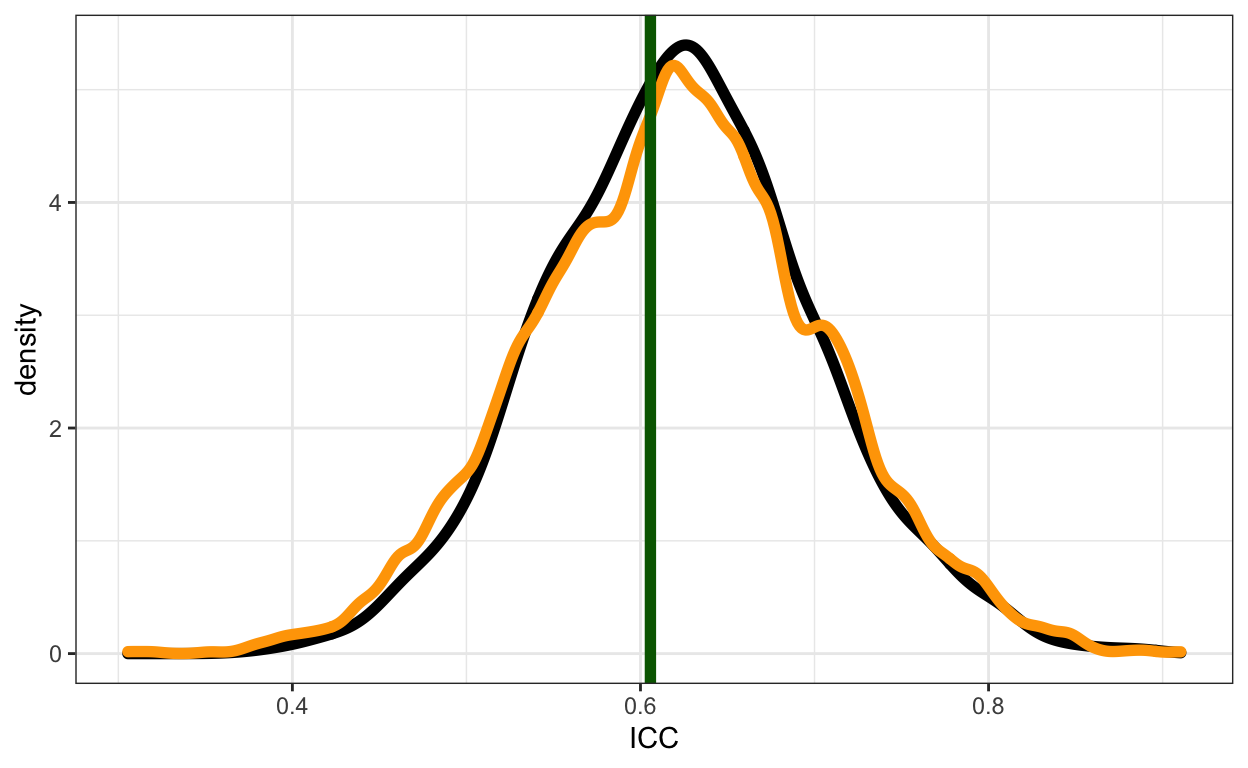 So I went ahead and applied it to several contexts where the existing ICC calculations don’t work at all.

and it looks … novel 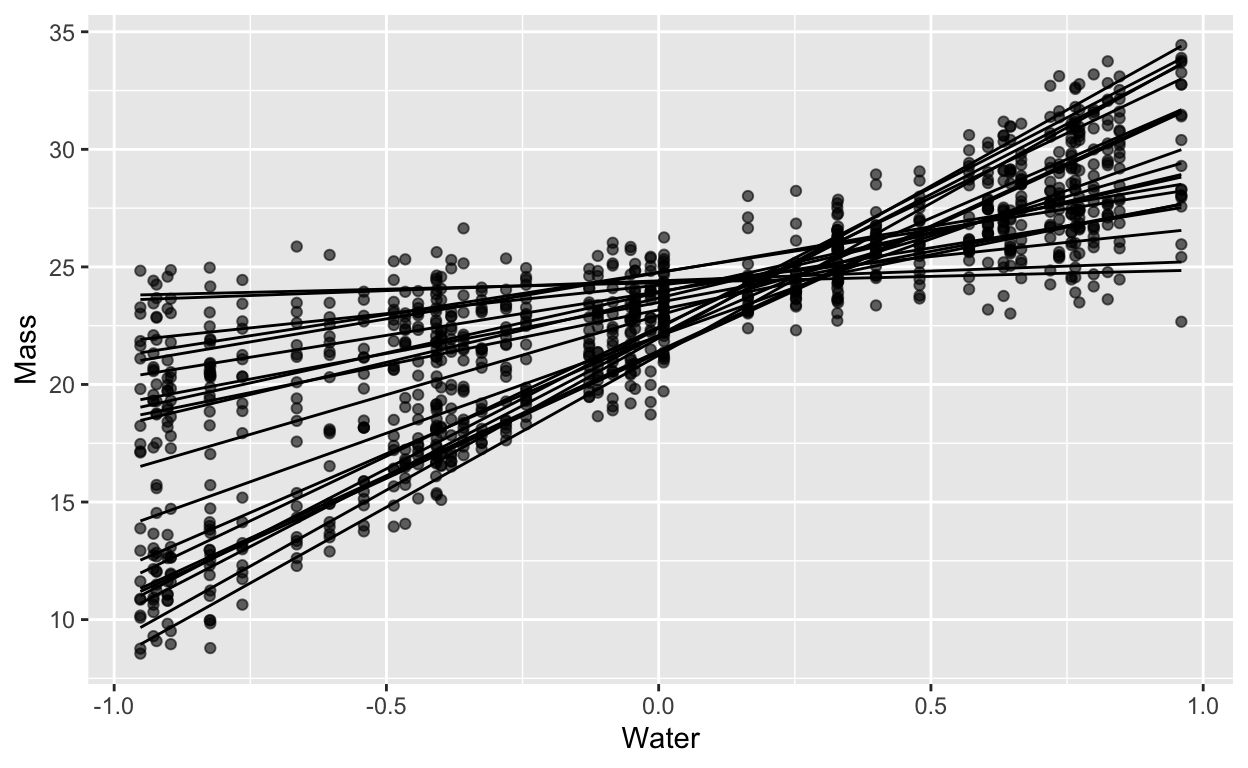 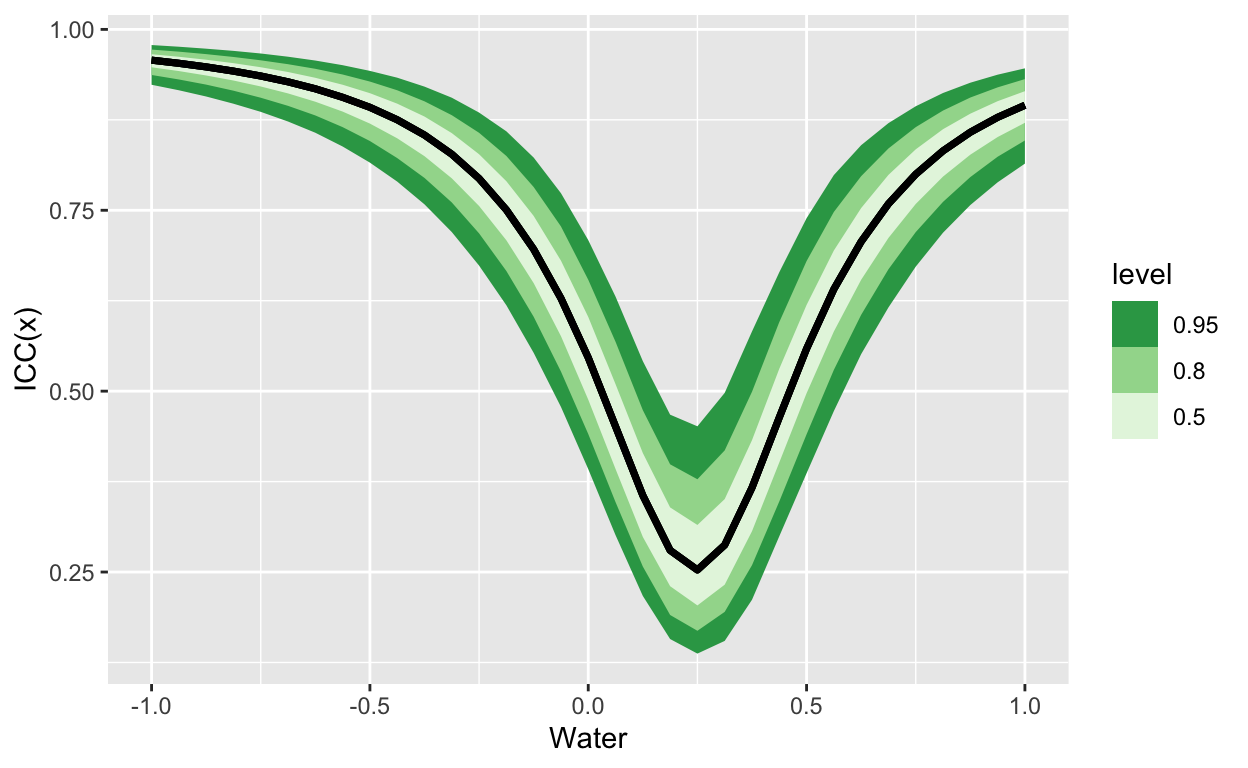 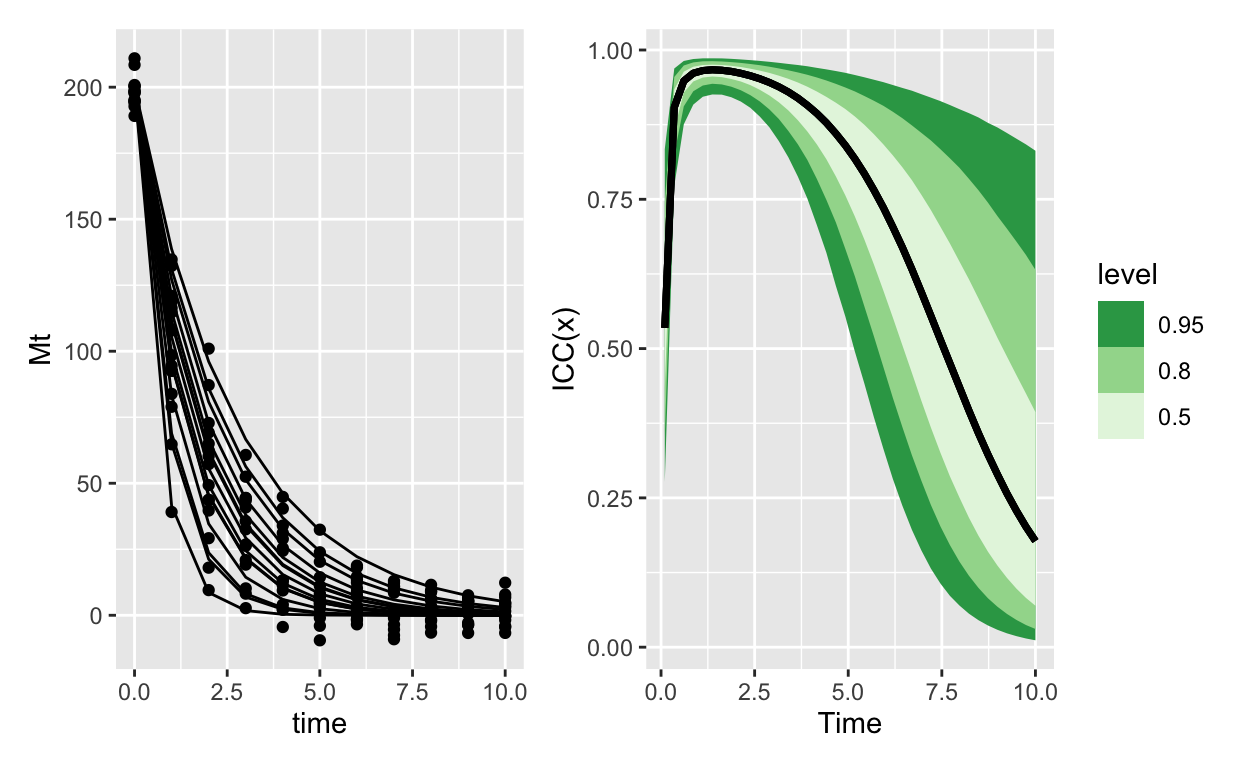 Which contrasts really sharply with the same model, except using Gamma errors: 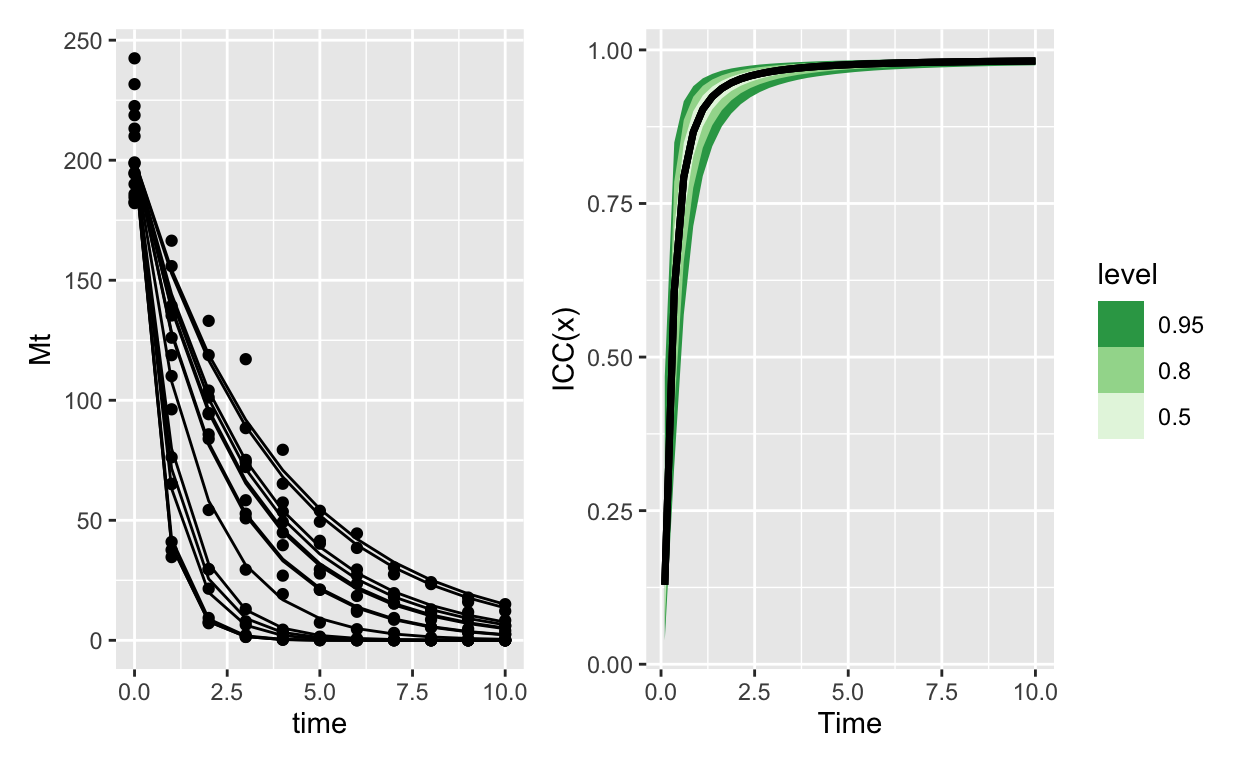 I could say more, but I’ll instead leave space for discussion! Again all the code to generate these figures is on that (longish) github page; feel free to comment here or there, open issues etc. Thank you!

You might be interested in the below paper that extends variance partitioning and ICCs in a similar direction:

hi @prototaxites , thank you very much for the reference! As they say, there is nothing new under the sun 🌞